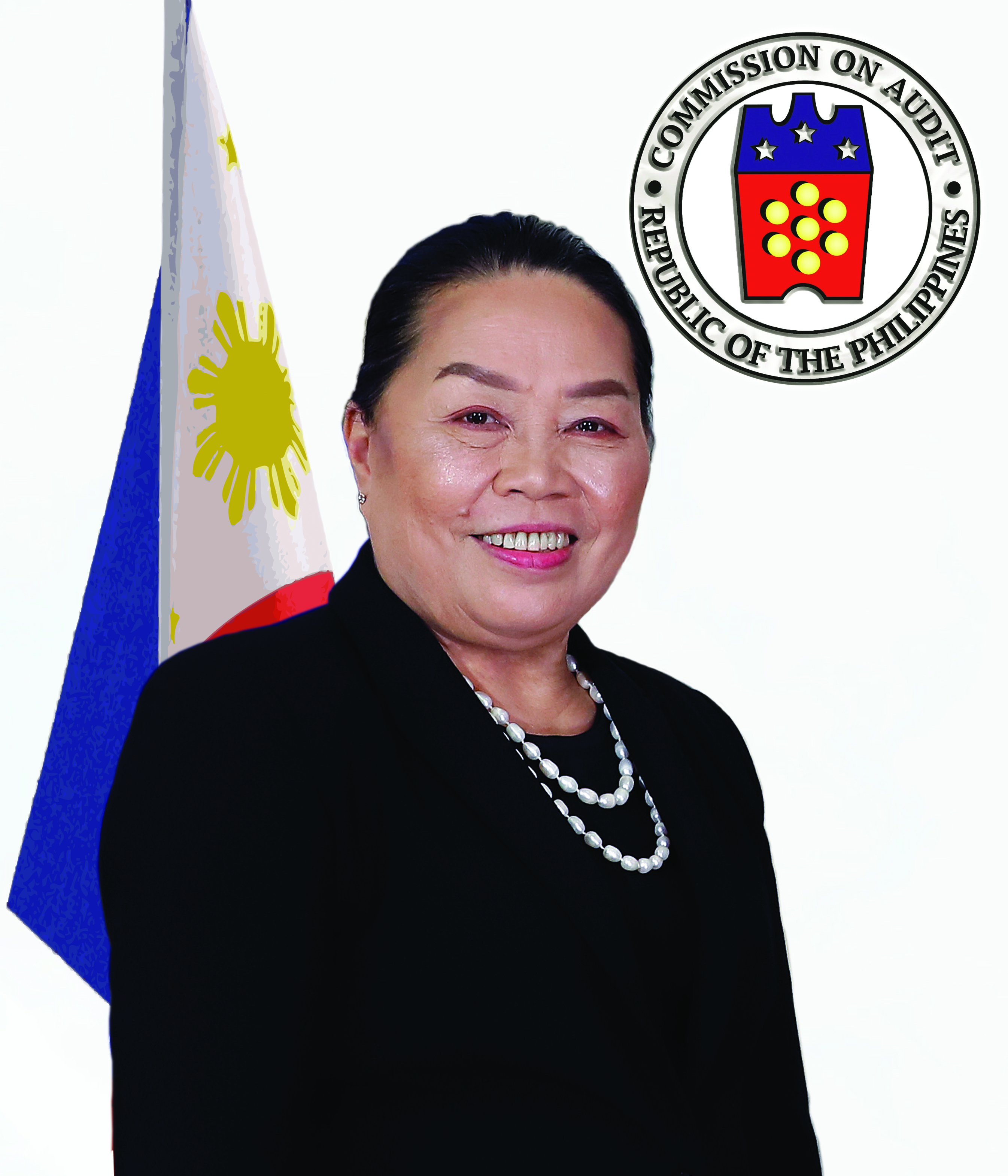 Rizalina Noval Justol was appointed as Chairperson ad interim of the Commission on Audit (COA) on 17 February 2022. She has a combined work experience of more than 40 years in the Government, having served as state auditing examiner and later state auditor at the Commission on Audit for almost ten years and as City Accountant of the City Government of Davao for 21 years. Chairperson Justol worked for the Office of the President as a Deputy Executive Secretary for Finance and Administration for six years prior to being appointed as COA Chairperson.

As Deputy Executive Secretary, she was instrumental in the realization of ISO 9001:2015 Certification to the Office of the President Proper as well as conferment of Program to Institutionalize Meritocracy and Excellence in Human Resource Management (PRIME-HRM) Bronze Award to the Office of the President Proper. Her exemplary leadership, sincere dedication and work ethic were recognized by letters of commendation from the Executive Secretary. She also received the Pagkilala Mula sa Kalihim Tagapagpaganap at Tagapangulo Pambansang Sangguniang Tagapag-Ugnay ng ASEAN.

Chairperson Justol was likewise instrumental in the recognition of the agencies she worked for, specifically that of the City Government of Davao, as the latter was awarded as the Most Outstanding Accounting Office at the local government city level by the Association of Government Accountants in the Philippines for the years 1995, 1996, and 1997, respectively. This led to her department in becoming the Hall of Fame Awardee for Most Outstanding Accounting Office in 1998. Being the City Accountant, her leadership at the City Government of Davao paved the way for her agency to receive various awards from COA in Region XI.